This is some text inside of a div block.
News and updates
March 9, 2020 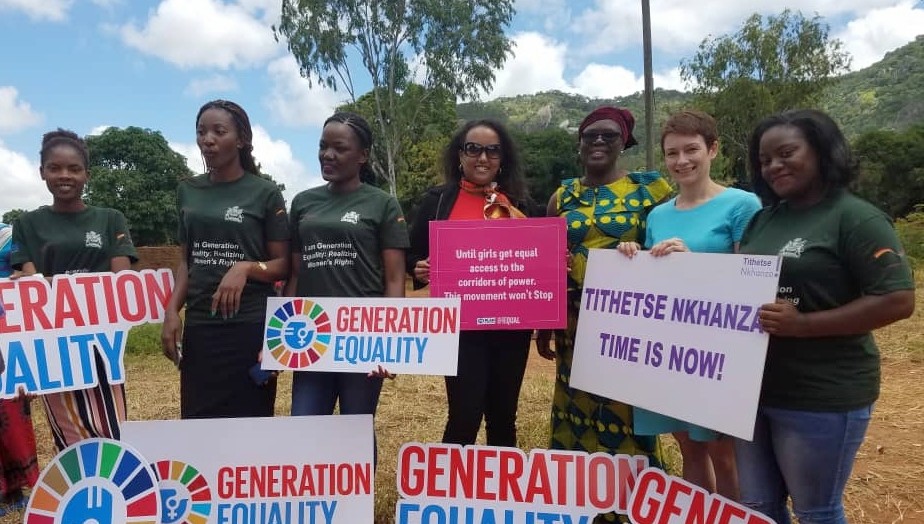 Lilongwe, Tuesday, March 9, 2020: The Comesa Federation of Women in Business (COMFWB) used this year’s International Women’s Day to advocate for women empowerment and equal opportunity in the job market through skills upgrading for girls.

Speaking at the commemoration of the Day at Machinga, south of Malawi Capital, Lilongwe, Ms. Ruth Negash, COMFWB Chief Executive officer called on all stakeholders to intensify efforts towards the education of the girl child.

“Education will create a pool from which engineers, scientists, medical doctors, entrepreneurs will be drawn,” she said. “Given the opportunity, this world requires well-educated women and girls to overcome modern challenges by bringing innovations and creativity to the market.”

The event was anchored under the theme: “I am Generation Equality: Realizing Women’s Rights” and was attended by representatives of development partners including UN Women, UNICEF, UNDP, Christian Aid, GIZ, Norwegian Embassy and COMFWB.

Ms. Negash urged families and cultural leaders to respect the rights of the girl child and deplored early marriages that deny girls the opportunities to became big players in the economic development of their nation and the region at large.

“While we are celebrating, for instance, that we have the first female speaker (in Malawi), only 45 Members of Parliament are women out of a total 193. That means we are still far away from achieving the 50:50,” Ms. Banda said.

She added that despite breaking ground in having women in leadership positions in the public and private sectors, the pace at which this transformation was going would take many years to achieve gender parity.

In her address, Malawi Minister of Gender, Hon. Mary Navicha encouraged women to work harder to become economically independent and educate their daughters on equal basis as boys and protect them from marrying at a young age.

“Underage marriage to girls as young as 10 years old is happening due to lack of resources to send them to school. Also, young girls need to be taught skills so they can become employable in the job market,” she said.

During the event, COMFWB Malawi chapter sensitized the public on gender-based violence and how women and girls can advocate and empower each other to fight harmful traditional practices.